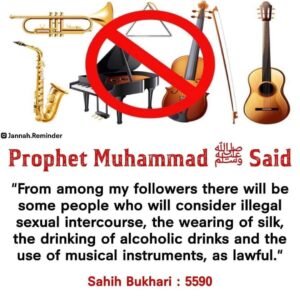 Applied Cognitive Psychology:
The Official Journal of the Society for Applied Research in Memory and Cognition
11 (5), 445-455, 1997

Music has serious effects of on the performance of various cognitive tasks
I.e: no creativity

Studying with background music may not completely obliterate someone’s ability to think creatively, the research indicates that you may do your best work without it

🚨Background music has been claimed to enhance people’s creativity. In three experiments, we investigated the impact of background music on performance of Compound Remote Associate Tasks (CRATs), which are widely thought to

🚨👇To conclude, the findings here challenge the popular view that music enhances creativity, and instead demonstrate that music, regardless of the presence of semantic content (no lyrics, familiar lyrics, or unfamiliar lyrics), consistently disrupts creative performance in insight problem solving as measured by CRATs

👆👆👆👆👆
🚨The research reported in this article was supported by funding from the British Academy and Leverhulme Trust (Grant SG162930).

PhD students to tell you that music will make you 👉dumb

🚨🚨🚨👉Music can cause epilepsy

Dr. MacDonald Hastings, who in his study on “Musicogenic Epilepsy” mentions twenty cases, eleven of them his own patients, in which epileptic fits were brought on by music.
(Quoted by F. Howes in his book, Man, Mind and Music, p. 158).

▪︎Source:
The Harmful Effects of Music on Body and Mind
BY ROBERTO ASSAGIOLI

▪︎And see:
“The Negative Effects of Music,” from Psychosynthesis:
A Collection of Writings,
by Roberto Assagioli

The frontal lobe is the most important to being a human. We have a big frontal lobe compared to other animals. By listening to music, we can
👉enhance its functions,” Sugaya says

Music can be a drug — a very addictive drug because it’s also acting on the same part of the brain as illegal drugs,” Sugaya says. “Music increases dopamine in the nucleus accumbens, similar to cocaine.”

▪︎▪︎▪︎▪︎▪︎▪︎▪︎▪︎▪︎
🚨Music also has major effects on many aspects of health, ranging from memory and mood to cardiovascular function and athletic performance.

©Arlene R. Taylor PhD
The bad news side, studies have shown that some types of music can result in deleterious effects to the mind and body.

——–> In his book, Closing of the American Mind, University of Chicago Professor Allan Bloom (in the chapter on music)

Bloom indicates that the effect on the brain of prolonged exposure to electrical amplification of rhythmic music is similar to that of drugs.

——>Joseph Crow, professor at the University of Seattle, reportedly conducted a research project on the impact of rock music on the human mind

——>Music played for mice they exhibited hyperactive, aggressive, and even cannibalistic behaviors.

Exposure to hard rock / acid rock music, regardless of gender, has been shown to inhibit the ability of some people’s brains to store the studied information correctly in the brain

👇👇👇
Prophet (ﷺ) said, “From among my followers there will be some people who will consider illegal sexual intercourse, the wearing of silk, the drinking of alcoholic drinks and the use of musical instruments, as lawful…

🌴🌴🌴🌴🌴🌴🌴🌴🌴🌴🌴🌴
🔘This hadeeth is the strongest proof on the Prohibition of music because it’s authentic
👇👇👇
🔴🔴 Hadeeth 1
Prophet (ﷺ) said, “From among my followers there will be some people who will consider illegal sexual intercourse, the wearing of silk, the drinking of alcoholic drinks and the use of musical instruments, as lawful…
▪︎Sahih al-Bukhari 5590

🔴🔴Hadeeth 2
Allah did not make your cure in what He made Haram (unlawful) to you.”
▪︎Related by Al-Baihaqi and graded as Sahih by Ibn Hibban.

Follow The best guidance
I
S
L
A
M

775 thoughts on “Science at last says Music is harmful”