And during Milson battle the colonel reached Masjid Amawi and kicked the tomb of Salahu Deen.
Salahu deen demised in 1123 meaning 800  years passed over him and the attorney still holds hatred
And even France colonised Syria 🇸🇾 and Lebanon 🇱🇧 politically only no relationship with creed at all yet after Sics Biko 1916 to divide Arab peninsula yet in his book two missions in the middle east the writer Jorge Catro he says The attorney Joro is a Christian soldier and looked at Syria as a the platform that challenged his ancestors and destroyed them when Losinien was defeated in Hittin in Syria
France chopped thousands of heads from 1535 until 1980 and put them in Paris museum
“In 1961, the civilized French slaughtered 1,500,000 Algerians.
They even brought back chopped heads to be displayed in their museum in France for their so called civilized citizens to look upon with pride because of their victory over those who fought back.
At present, Emmanuel Macron’s claims of “French civility and righteousness” borders on absurd comedy in light of their brutal colonialists history for which his nation has never been held accountable, let alone apologized, and also in light of their present participation in the war in Syria that has resulted in further bloodshed.”
Let us go back to the New Zealand 🇳🇿 events when the so called psychologically sick murderer wrote all the names of crusaders on his rifle on which he wrote vac, Acre who expelled Othmani empire from Hungary 🇭🇺 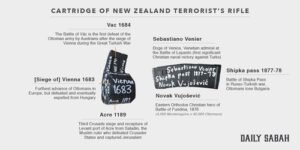 And also Lazar of Serbia, Arianiti of Albanian, Sebastiano Venier, Marco Mirjanov Popovic, Edward Codrington, Senyavin, Von Strahemberg and Shipka all who fought against Uthmani Turkish empire or defeated it
He also wrote David Solsan who fought Muslims of Azerbaijan 🇦🇿
This is because they lost in Hitin in 1987
They do this because Muslims arrested Their king Luis the 9th in Egypt 🇪🇬 in 1248 and paid more than 10 million Frenk to set him free
Read why France takes revenge exactly in October because way back in 1798 France killed Al Azhar students and threw them in the Nile River
France is taking revenge of Andalusian Muslims who opened south France and reached Poitier and Tour cities and taught the French hygiene after France  up to day are the dirtiest
Now away from History to Current caricatures in 2009 After Chalie Hebdo cursed magazine drew the Prophet Muhammad peace be upon him a member (Maurice Siné)  of this magazine drew The son of Nicola Sarkozy in such a bad way and he was dismissed from the magazine and was thrown to the street after 16 years working with Charlie hatred Hebdo 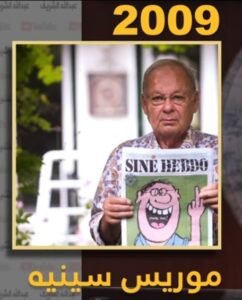 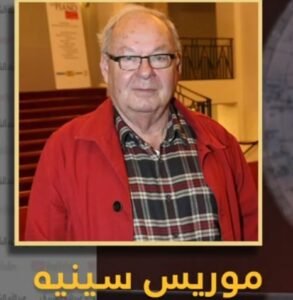 Maurice Sinieh
So where is freedom of expression!!!!!!!
Ok you will say this is in 2009
How about now
Well take this
Khalid Idriss Mawlay is an excellent Mauritanian 🇲🇷  caricature artist 🎨 he said let’s respond with our way of freedom as folows 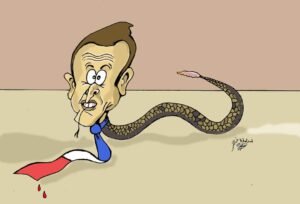 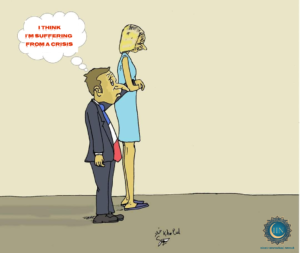 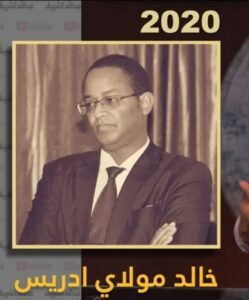 Khalid Idriss Mawlay dismissed from his job because he drew the above caricatures!!!
⇒In consequence, the organisation who hosted him immediately undid his contract and kicked him out
In September the 2nd Macron was asked during a press conference on Charlie Hebdo on the blaspheming way it does he said France assures freedom of speech
Then Georges Malbrunot confronted and humiliated him in front of everyone. 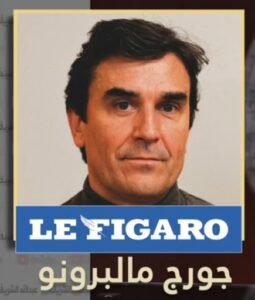 Georges Malbrunot
Also the president of Brazil 🇧🇷 Jair Messias Bolsonaro praised Rodriguo Andreaça who mocked the matron granny wife of Macaroni
France crisis with Brazil
Macron lamented Bolsonaro’s “extraordinarily rude” attack on his wife and said he hoped Brazil would soon have a leader worthier of the office.
France meddling in Amazon forrest to take its products under the pretence of putting out fires🔥
⇒Ref: the Guardian 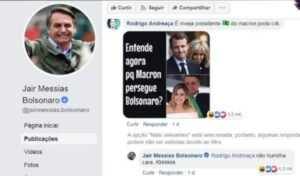 To add, Ordogan swept the floor out with Macron saying he is mentally fool
France withdrew its embassador
Isn’t Erdoğan expressing himself freely too??
Do you remember when we were at primary schools and the naughty kid would bring a candy  or sandwich  and say I devour you not 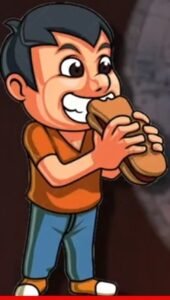 France 🇫🇷 raised a report against all Muslims of the world in such an arrogant way commanding us like if we were cockroaches
How dare you Muslims boycot mama France  the protector of freedom of speech and democrashy sorry demo crazy.. sorry ok demo crashed Muslims only
Democracy against Muslims only lol
The matron Merkel of Germany 🇩🇪 negates the freedom of speech of Erdoğan why didn’t she negate the freedom of speech done by Macaroni???!!! Weird
Halal on them haram on us
European 🇪🇺 🏰 union admonished Turkey 🇹🇷 to stop considering French President Macron as crazy because Turkey will be far from reaching the EU  !!!
Well to give Turkey the joining of EU the price is to stop promoting Islam
Ok. Like the lorry 🚚 that has over it an Islamic tower so to enter from the door the tower must go ! 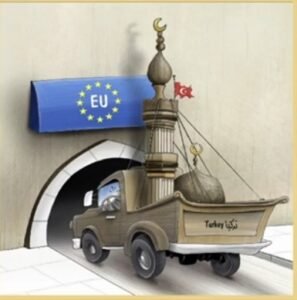 Foreign minister of Britain 🇬🇧 supports France too woow
Their religion and agenda is one
Kufr is one creed
The real problem is not these but Arab betrayals who instead of boycotting French products they boycotted Turkish ones
As for boycot
Reuters is warning against negative.
consequences of the boycott 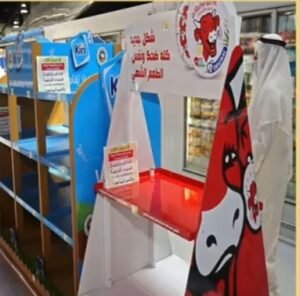 Nutshell: Macron is the masonic crusaders who is illusionist and brags to defeat Muslims
⇓This is his real picture ⇓ 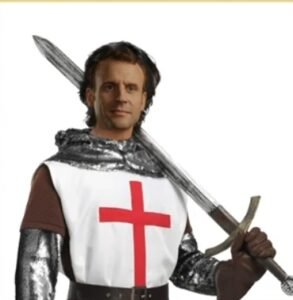 Away with your silly Formage
Abdellah Sharif  – Translation  IIN