Skip to content
Radical igbo christians envious about the existence of islam in their domain and the existence of Igbo Muslims in igbo land held a meeting yesterday on Tuesday to capitalize on the
#endsars protest to launch a crusade on the lives of igbo Muslims and Muslims in igbo land.
⇒The Igbo Muslims are betrayal, they said. It was also in this meeting that they came into conclusion to use the opportunity to burn down all the Mosques on Igbo land.
Today Wednesday 21 of October 2020, Orlu Mosque was burnt to the ground by these christian youths and three Muslims were killed. 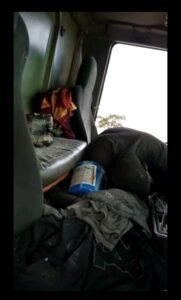 Much to our dismay, no media in igbo land reported that; Muslims were being targeted and their place of worship mapped out for destruction like what has been done in Orlu.
One of our respondent in Imo said;
“They came from owerri. They attacked a police station, stole their uniforms and guns and their police vehicles. They accompanied it with a hummer jeep. They drove from there to Orlu Mosque. They killed two people. They shot the Deputy Imam. They stole from the mosque and burnt it down.
On their way out at Nworubi juncture, they opened fire.” 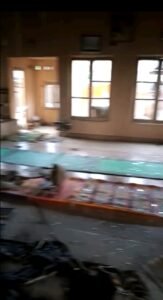 The national media, NTA, has not aired even a whistle on this event.
The Igbo Christian extremists groups are already battling with the security agencies in shell camp mosque as at the time of filing this report.
Aisha Obi, one of our sisters that embraced islam recently (who has become a social media sensation) happened to be in that mosque and the extremists are putting every effort in place to over power the security agents so they can gain access and kill every muslim in that mosque before burning down the Mosques. 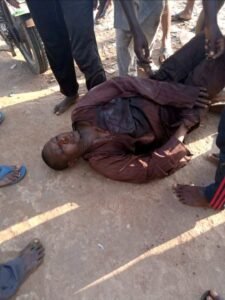 Our findings showed that the christian igbo extremist are wearing uniforms of the police. Another information said , some equally wore the army uniform.
A method employed by Bokoharaam to annihilate their victims who are unaware that they are actually terrorist.
They got these uniforms and guns after they had attacked security agents.
If adequate protection is not given to igbo Muslims and Muslims of igbo land, within few days, ALL THE MUSLIMS IN IGBO LAND WILL BE NO MORE.
We call on United Nations to focus on the christian extremism directed to eliminate Muslims in igbo land.
We also call on Human Right watch to cry for Muslims in igbo land.
If Muslims of igbo land is not safe, then, Muslims of South south aren’t safe.
We at sociallogia call on the Inspector General of Police and The head of the Army to protect Muslims in igbo land.
A crusade is already waged on them
Ohameze ndigbo must condemn these attacks on lives of muslims in igbo land and put measures in place to protect these Muslims.
A Muslim of Igbo land that was shot
Sociallogia Team: “Igbo land has become Gwoza, Chibok to Muslims in Igbo land.”
Addendum; Below are pictures of how the Mosque were.
Note that these Christians only apply the teachings of the Bible
🗡 *Death to Followers of Other Religions*
Whoever sacrifices to any god, except the Lord alone, shall be doomed. (Exodus 22:19 NAB)
🗡 *Kill Nonbelievers*
They entered into a covenant to seek the Lord, the God of their fathers, with all their heart and soul; and everyone who would not seek the Lord, the God of Israel, was to be put to death, whether small or great, whether man or woman. (2 Chronicles 15:12-13 NAB)
🗡 *Kill Followers of Other Religions.*
1) If your own full brother, or your son or daughter, or your beloved wife, or you intimate friend, entices you secretly to serve other gods, whom you and your fathers have not known, gods of any other nations, near at hand or far away, from one end of the earth to the other: do not yield to him or listen to him, nor look with pity upon him, to spare or shield him, but kill him. Your hand shall be the first raised to slay him; the rest of the people shall join in with you. You shall stone him to death, because he sought to lead you astray from the Lord, your God, who brought you out of the land of Egypt, that place of slavery. And all Israel, hearing of this, shall fear and never do such evil as this in your midst. (Deuteronomy 13:7-12 NAB)
——-
Credit: Sociallogia