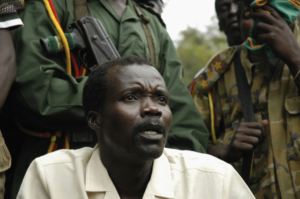 10.
The Eastern Lightning in China 1990
11.
The  Irish Liberation Army
12.
Central African Republic Massacres.
13.
Eric Rodulph
Eric Robert Rudolph (born September 19, 1966), also known as the Olympic Park Bomber, is an American terrorist convicted for a series of anti-abortion and anti-gay-motivated bombings across the southern United States between 1996 and 1998
14.
Scott Roeder
A born-again Christian who believes abortion is a sin and killed to save children
Ref
https://www.google.com/amp/s/amp.theguardian.com/world/2010/jan/28/scott-roeder-abortion-doctor-killer
15.
Jim David Adkisson
The Knoxville Unitarian Universalist church shooting was a mass shooting that occurred on July 27, 2008 when an unemployed Tennessee truck driver named Jim David Adkisson went on a shooting rampage at the Tennessee Valley Unitarian Universalist Church in Knoxville.
16.
James Charles Kopp is an American who was convicted in 2003 for the 1998 sniper-style murder of Barnett Slepian, an American physician from Amherst, New York who performed abortions
17.
John C. Salvi III was an abortion opponent who carried out fatal shootings at two abortion facilities in Brookline, Massachusetts, on December 30, 1994. The shootings killed two and wounded five. An insanity defense at his trial was not successful and he was convicted of two counts of murder
18.
Timothy James McVeigh was an American domestic terrorist who carried out the 1995 Oklahoma City bombing that killed 168 people and injured more than 680 others, and destroyed one third of the Alfred P. Murrah Federal Building
19.
Fjotolf Hansen, also known by his pseudonym Andrew Berwick, is a Norwegian far-right terrorist who committed the 2011 Norway attacks
20.
The Srebrenica massacre, also known as the Srebrenica genocide, was the July 1995 genocide of more than 8,000 Bosniaks Muslim men and boys in and around the town of Srebrenica in July 1995, during the Bosnian War.
—->8 million Muslims killed Overall.
Never heard of them? Google it