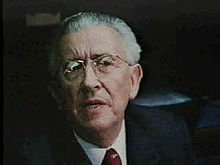 Maurice Bucaille ’s book, The Torah, the Qur’an, and Science was a new breakthrough in comparative studies of religions and subjecting the sacred texts to (scientific analysis), so Westerners were eager to read it
Maurice Bucaille said :
I found this compatibility between religion and science the day I started studying the Qur’an
Dr. Maurice Bucaille is a gigantic man in his specialty and he is genius

The efforts he made for the generation of his era is tremendous, whether he wrote or left it in the literature and research and studies, or given via lectures, in France and abroad

He worked as the head of its surgical department since 1952

He is a member of International Fellowship of Surgeons, Member of the French National Society of Medicine.

Dr. Bucaille learned Arabic to understand the Nonle Quran directly by himself.

He did so away from erroneous translations, then the supreme destiny brought him into the reign of faith;
👇
He converted to Islam in 1982
In the presence of ➡️the scholar of Islam thr Moroccan Dr. Taqi Al-Din Al-Hilali – One of the flags of Morocco the day he came to France on a missionary trip, and uttered
The 🤲☝Shahada on his hands. 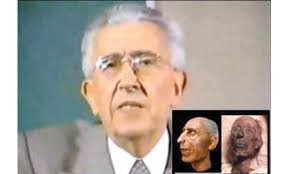 People read it with an unrivaled fervor; 💥➡️The book was a new breakthrough in comparative studies of religions (and subjecting) sacred texts to scientific analysis. 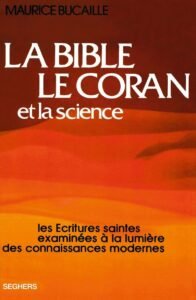 👉👉👉Due to the importance of this book, Dr. Bucaille’s awarded the Golden Book Award in 1976.

Then the book began to make its way into the world of science, transferring from its original French to more than ten languages Including: Our Arabic language.

Then that is, the first book on fame, popularity and great benefit, his second book: “The Man: Where did he come from? “

The Stars of Science and the Holy Books “printed in 1981

His third book is “The Mummy of the Pharaohs and Medicine” was printed in 1987
This time, he won the French Academy Award in 1988

As for his fourth book, it was titled: “Reflections on the Qur’an.”
(Réflexions sur le Coran)

In association with Dr. Mohamed Talbi at the University of Algiers,
Printed in Paris in 1989

This book contains an important chapter entitled:
(The Qur’an and Contemporary Science) This chapter was singled out for publication after translation and commentary by
Dr. Muhammad Basal and
Dr.Muhammad Khair al-Buqa’i, printed by Mulhem Publishing and Distribution House in Homs in 1990

And of what Maurice Bucaille wrote and did not publish, whether it was a research or a study or Lecture:
Quranic vocabulary related to creation.
– Biblical and Quranic stories in the light of modern knowledge,
– Physiological and fetal timing in the Qur’an, a lecture

Science, the Qur’an, and the Origin of Man (film)

The scientific character of the Qur’an from the standpoint of his unique specialization as a hermetic physician or as a sincere believer doctor – with these words that his pen wrote; As he says, may God have mercy on him

Mainly on
I found this compatibility between religion and science in thinking based
Scientific data, on the day that he began studying the Noble Qur’an.

The Media Who Converted to Islam, Salih Al-Oud, The World of Books, Beirut 2006

Explaining his impressions of this joint work, Bucaille says: “I was very touched when it was brought to the publishing house
Seghers A broader project, which is my assignment to write the whole book: believing that it is my knowledge
The Quran allows me to objectively display all of its content. But I didn’t feel capable of doing this work; Because most of my interest was focused on thinking in scientific aspects. That raises it..The Qur’an is with a man of knowledge: I offered the publisher that the matter be handled by Muhammad
I liked his writings and hadiths about the Qur’an.
And I was very pleased with the agreement that was reached between them to publish the book jointly; This is for each writer to choose his own topics, independently and freely, and discuss them according to his personal point of view.
According to the book “The Qur’an and Contemporary Science”, p. 27

■□●👉👉👉Follow up by IIN and friends

MOSES (peaceandblessingsofAllaahbeuponhim)
) AND PHARAOH OF THE EXODUS

The story of Moses (peaceandblessingsofAllaahbeuponhim) and the Pharaoh of the Exodus are very much identical in the Qur’an and the Bible. Both scriptures agree that the Pharaoh drowned when he tried to pursue Moses  and led the Israelites across a stretch of water that they crossed. The Qur’an gives an additional piece of information in Surah Yunus chapter 10 verse 92:

“This day shall We save thee in thy body, that thou mayest be a sign to those who come after thee! But verily, many among mankind are heedless of Our Signs!”
[Al-Qur’an 10:92]

Dr. Maurice Bucaille, after a thorough research proved that although Rameses II was known to have persecuted the Israelites as per the Bible, he actually died while Moses () was taking refuge in Median. Rameses II’s son Merneptah who succeeded him as Pharaoh drowned during the exodus. In 1898, the mummified body of Merneptah was found in the valley of Kings in Egypt. In 1975, Dr. Maurice Bucaille with other doctors received permission to examine the Mummy of Merneptah, the findings of which proved that Merneptah probably died from drowning or a violent shock which immediately preceeded the moment of drowning. Thus the Qur’anic verse that we shall save his body as a sign, has been fulfilled by the Pharaohs’ body being kept at the Royal Mummies room in the Egyptian Museum in Cairo.

This verse of the Qur’an compelled Dr. Maurice Bucaille, who was a Christian then, to study the Qur’an. He later wrote a book ‘The Bible, the Qur’an and Science’, and confessed that the author of the Qur’an can be no one else besides God Himself. Thus he embraced Islam.

Pharoe topics and posts on IIN