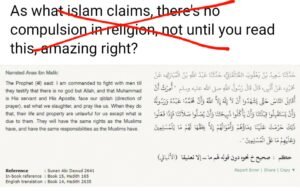 1,244 thoughts on “Why did Prophet Muhammad salla Allahu alayhi wa sallam say I was commanded to fight all people”