#Bible contradictory on wine but IsIam not

#BBC reveals even ine sip of alcohol is dangerous 👇🏻 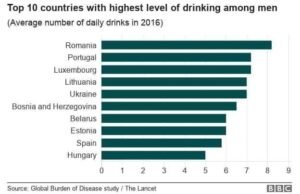 A large new global study published in the Lancet has confirmed previous research which has shown that there is no safe level of alcohol consumption.

The researchers admit moderate drinking may protect against heart disease but found that the risk of cancer and other diseases outweighs these protections.

Dr Max Griswold, at the Institute for Health Metrics and Evaluation (IHME), University of Washington, said

we found that the combined health risks associated with alcohol increases with any amount of alcohol.

“The strong association between alcohol consumption and the risk of cancer, injuries, and infectious diseases offset the protective effects for heart disease in our study. 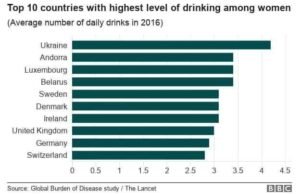 England’s chief medical officer, Prof Dame Sally Davies, noted that any amount of alcohol could increase the risk of cancer.

👉🏼YET #BIBLE BOTH ALLOWS AND PROHIBITED IT PARADOXICAL BIBLE AS ALWAYS

—  The first miracle of Jesus in the Holy Qur’an was to defend his mother Mary against enemies accusations to her   (Mariam  19 : 30 33)

The Rechabites lived as noteworthy examples of permanent abstinence from wine, adhering strictly to the command of their ancestor, Jonadab, to refrain from it (see Jeremiah 35:1-8, 14).

Therefore the solution is in this Hadeeth of prophet Muhammad

⚘Whatever intoxicates in large quantities, a little of it is haraam.” Narrated by al-Tirmidhi, 1865;

If a small percentage of an intoxicant is mixed with a large amount of a substance that is not intoxicating, then it is haraam. This is a misunderstanding of the hadeeth.

But if something is mixed with alcohol but the alcohol is a small amount and does not have any effect, then it is halaal and does not come under the ruling of this hadeeth.

🌿This is why islam prohibits alcohol because it makes you to do shameful acts as it’s devilish handiwork (Noble Quran & Prophet Muhammad Peace be upon him).

Read yourself and ask yourself on below link:

5,814 thoughts on “Science is against Bible. This time on alcohol”