Skip to content
Defending Sheikh Al-Albani against those who accused him of Irjae
🌹Our Sheikh Ibn Uthaymeen, may Allah have mercy on him, said:
Whoever throws Sheikh Al-Albani with Irjae: He made a mistake; either he does not know Al-Albani, or he does not know the Irjae
Al-Albani is a man from the people of the Sunnah  -, a defender of it, an imam in hadith,
Our Sheikh, Imam of Ahl al-Sunnah👉🌹 Ibn Baz, may Allah have mercy on him, said:
Sheikh Nasir al-Din al-Albani is one of our well-known brothers amongst also the Ahlul Hadeeth from Sunnah and consensus
●🌹Ali Al-Halabi, “Definition and Prophecy”
We ask God to guide everyone, and we advise this man who underestimate the slander of the scholars of the Salafi call to fear Allah before the day comes when there is no sale or trade except deeds as capital
http://www.almenhaj.net/Report.php?linkid=7005
🌹Sheikh Ferkous too made a response to those who accused the scholar Al-Albani of irjae
🍃Question:
Some of those working with knowledge have insulted the scholars, and in particular the scholar Sheikh Muhammad Nasir al-Din al-Albani  – described him and his students as a delay, in contradiction to the rule of the abandoner of prayers, and for his statement that all good deeds are a condition of perfection among the Sunnis.
👉Is it permissible according to Sharia to describe the violator in these two issues from both sides as postponement ; irjae
Please advise us, may God increase your bounty and redeem your steps.
The answer:
The scholar Sheikh Muhammad Nasir al-Din al-Albani is one of the imams of the Salafi Da`wah in our present age and he is a scholar of the era and one of the most devoted to the purified Sunnah and its people.
Belief, jurisprudence, understanding, worship, behavior, upbringing, and appraisal.
He was really the one who revived the Sunnah and suppressed heresy and renewed this age, and he was one of the first to call for the rejection of invalid traditions and commitment to evidence, and there is no doubt that we cannot sit in an enumeration of the many virtues that do not We fulfill his right.
As for this accusation, it should not be described in such matters as a matter of ruling the abbandoner of prayer in which the predecessors disagreed among the Sunnis and the jamaa and has nothing to do with issues of irjae, neither from far nor from near,
the predecessors and scholars of the predecessors who went to say that 👉The one who does not pray lazily and deliberately is that he is a sinful believer, so his disbelief is a disbelief in an act that does not transfer him out of the religion.
These are the beliefs of Imam Malik, Al-Shafi’i and. . . . Bin Zayd and Abu Hanifa and the owners of the opinion, but it is the well-known among the majority of later scholars, but that the Hanbalis or the majority of Hanbalis go to this saying and it is the choice of Abu Muhammad al-Maqdisi, may Allah have mercy on him in al-Mughni, as 👉the Hanbalis departed from Imam Ahmad by saying that the imam killed him an end, he should be killed The imam who neglects prayer is lazy and deliberately says that he deliberately kills him, and this is only based on the saying that there is no atonement.
If these people describe Sheikh Muhammad Nasir al-Din al-Albani – may God have mercy on him – as a delay for the sake of this issue, then it is necessary for those who claim that it is the words of the Murjiyae to give this description to all of them.
Certainly, the disagreement on this issue is known among many scholars, nor is there a prescription for accusing them of this lie.
Rather, it is not permissible in the first place to describe any of the Sunnis, especially if they are among the rabbini scholars that they are deferred because they do not atone for the neglectful prayer.. that is because the Sunnis include deeds within the faith, unlike the murjeah, and 👉👉👉the disagreement among the Sunnis on this issue does not result in the corruption of belief because the Sunnis agree that the doer of a major sin does not depart from the faith, but rather is in the will of Allah if He wills, He will punish him, and if He wishes He will be forgiven.
Albani himself says faith increases and decreases
If Albani says abandoner of Salah isn’t Kafir so does Ibn Al Mubarak and the majority
Ironically these guys who cast Albani with Irjae can be described as Khawaarij because Khawaarij do say abandoner of Salah is kafir! 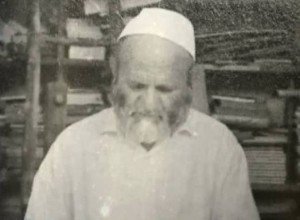 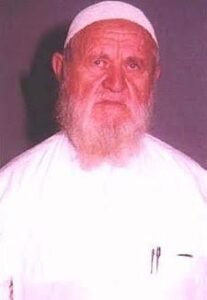