Skip to content
#Scientific_evidence_Mekka_is_the_centre_of_the_world 🕋
Ask questions on Islam
By #Ridouan_Soumaa
Watch live video here
https://m.facebook.com/AmericanMuslim/videos/966417403858647/
▪︎▪︎▪︎▪︎▪︎▪︎
Ask questions on Islam
Topic: Muslims don’t worship Kaaba
By #Ridouan_Soumaa
https://m.facebook.com/story.php?story_fbid=325452605397102&id=181996109036493
Mekkah is in the centre of the world
🎯
Scientific Plain Proofs 🕋 🌍
🌻 Kaaba is in the Centre of the World
🌺Why are Muslim Ummah a Moderate nation ?
Quran mentions
🌺Providing scientific evidence that Mekkah is in the Centre of Earth
👉What is Makkah??
👉Makkah in Arabic dictionaries such as Zabidi in Taj Al Arrous
👉He mentions that Makkah means in Arabic language the Centre and 🎯core and best of things.
👉Therefore Makkah is considered the centre and best place in the world
●See book of Al Kaaba Al Musharraf7a by Mohamed Ali Salama p.143
First
1—–> ISLAMICALLY SPEAKING
🌸Another proof:
●In the of dictionary of Muaajam Al Buldan by Yaqoot Al Hamawi:
He mentioned that:
👉Makkah is the first to be created and is the centre of the world and Bakkah is arround it
كانت الكعبة خشعة على الماء فدحيت منها الأرض
🌸Another proof
●Tafseer of Qurtubi Surat AlBaqara 143
●Tafseer Ibn Aatiyya Surat Al Anaam Ayah 92
●Tafseer of Abi Hayyan (Same Surat and Ayah)
●Tafseer Nassafi  (Same Surat and Ayah) 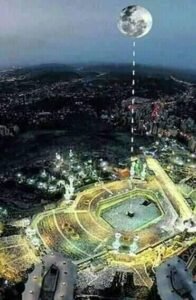 🌸Another proof
🌺The Geologist
👉Sfaqsi affirmed that Makkah is in the centre of the world too and in Europe 👉Meliler and other scientists took from his maps he draw because they were the most and best maps at that time
●Ref:
Khalid Abu Rass.
🇸🇦 Saudi World Magazine. Oct 2005 Published by Saudi Airways centre, Jaddah 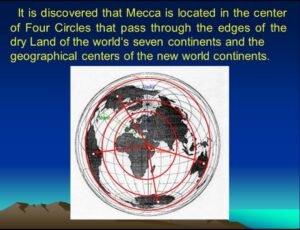 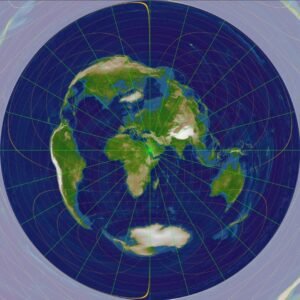 And 👇🏻
●Zaghloul Najjar Secrets of Quran 2002 Ahram Newspaper 28/10/2002 Page 12
●Hamid Ail Salima pp 143،142.  Egypt، Mansoura-
El، Manarah-Al Dar. World the of center the is ba’Ka The).  2000 (Marsefi-El Saad: see)
🌺Now let’s see what our interpreters say
Atfish عطفيش who died in 1332 hijri
👉He says Mekkah is in the centre of the globe
——If a line was to be strengthened along the globe’s map Mekkah would be its centre”
●Interpretation of Atfish Vol.11 –  P. 268
🎈Ibn Kathir says Mekkah is the centre of earth
🎈Razi who died in 606 hijri says:
👉Kaaba is the core of the globe
تفسير مفاتيح الغيب لأبي عبد الله محمد بن عمر بن الحسن بن الحسين التيمي الرازي الملقب بفخر الدين الرازي المتوفى سنة 606 هـ – (ج2ص387).
●👉🏼Tafseer of Keys of the Unseen by Razi ( Vol. 2 – P. 387)
🎈Abu Hayyan El Andaloussi says:
👉Kaaba the centre of earth
●👉🏼Tafseer of Andaloussi (Vol. 2 – P. 51
تفسير أبي حيان الأندلسي البحر المحيط لمحمد بن يوسف بن علي بن يوسف بن حيّان أثير الدين الأندلسي الغرناطي المتوفى سنة 745 هـ – (ج 2ص51).
🎈Al Biqaai who died in 745 hijri says:
👉Qiblah of Muslims is in the centre of the world
●👉🏼Tafseer Al Biqaai (Vol. 1 – P. 200)
تفسير البقاعي نظم الدرر في تناسب الآيات والسور لبرهان الدين أبو الحسن إبراهيم بن عمر بن حسن الرباط بن علي بن أبي بكر البقاعي المتوفى سنة 885 هـ العثمانية حيدرأباد الهند 1396 هـ الطبعة الأولى – (ج1ص200).
(10) تفسير أبي حيان الأندلسي البحر المحيط
🎯🎯●The real meridian is not in Greenwich, but in Mekka, 40 degrees longitude, with the cube of the Kaaba. The sacred center of Mecca marks the exact point of orientation. The zones are tuned spiritually to the North star, the place of the New Earth.
● Abu Ha’yan explained the Qur’anic verse: “And for you to warn the mother of all towns “Makkah” and all around it”
(The Cattle, 92).
He said that MeKka is called the mother of all cities because.. it is the centre of the dry land
●Al-Nasafy in his book of interpretation said: 👉”Mekka was named the 👉mother of all cities since it is the centre of the dry land, the Qibla, the great place and people’s hearts yearn for it”
2—–> 🌻SCIENTIFICALLY SPEAKING 🌻 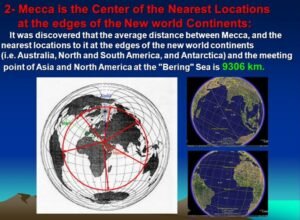 The Muslim scholar and engineer Yahya Wazeri the engineer says:
👉Dr Arnauld Kersling who worked in Vienna university for 30 years, affirms Mekkah is in the centre of the world
👇🏻👇🏻👇🏻
●See 👉🏼CHAPTER 8: GLOBAL CONSCIOUSNESS 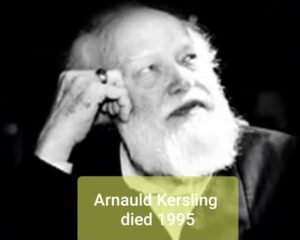 🌼The Unique Potentials of the Earth and the Ten Directions.
Arnauld says:
The real meridian is not in Greenwich, but in Mecca, 40 degrees longitude, with the cube of the Kaaba.
The sacred center of Mecca marks the exact point of orientation. The zones are tuned spiritually to the North star, the place of the New Earth.
By Arnold Keyserling and R.C.L. 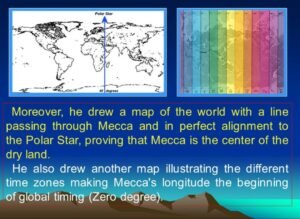 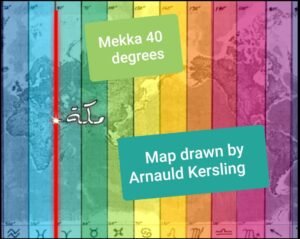 Ref: http://www.chanceandchoice.com/chapter8.html
●●●●●●
👉🏼Dr Yahia Weziri says:
👉It is discovered that Mekka is located in the center of Four Circles that pass through the edges of the dry Land of the world‘s seven continents and the
geographical centers of the new world continents. 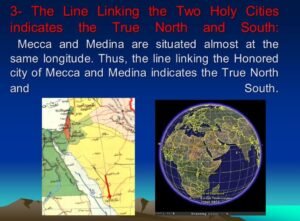 The nearest and farthest points from Mekka at the edges of the new world continents.
After studying the overall form of the Seven
🌸 Standards of Selecting Measuring Points:
Concrete Evidence proving that Mekka’s
Longitude is the World’s Prime Meridian: It is well known that Greenwich’s longitude was selected to be the world’s prime meridian to calculate time.
Choosing Greenwich has no scientific or logical preferences to other longitudes. Logically, it is likely that the world’s prime meridian is that passes through the location that is the center of the dry land
There is concrete evidence that clearly show the True 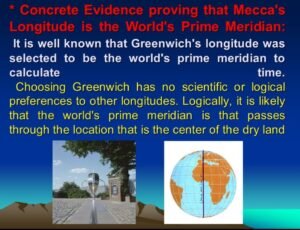 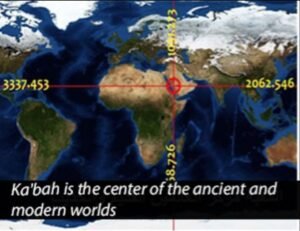 “The real meridian is not in Greenwich, but in Mecca, 40 degrees longitude, with the cube of the Kaaba. The sacred center of Mecca marks the exact point of orientation.”
24 Moreover, he drew a map of the world with a line passing through Mecca and in perfect alignment to the Polar Star, proving that Mecca is the center of the dry land. 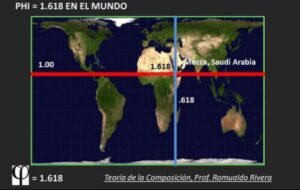 He also drew another map illustrating the different time zones making Mecca’s longitude the beginning of global timing (Zero degree).
In accordance with the mentioned scientific evidence, it will be impossible to say that chance alone enabled the Kaaba to play the role of being the Qiblah for all Muslims. It is Allah’s choice and selection that includes great wisdom.
When Muslims direct themselves toward Makkah, they direct themselves to the center of the DRY LAND. It should be mentioned that the centrality of Makkah on Earth facilitates the performance of Hajj and `Umrah for all Muslims from every corner of the world 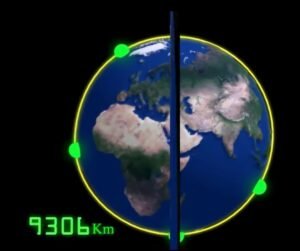 👆🏼👆🏼👆🏼
2- Extract from Yahya’s lecture
(Affirmation of Mekkah being the centre of the world map. 10th conference of the Scientific Miracles in Quran and Sunnah. Turkey. April 2011)
Title:
Presentation on theme: “the center of the dry land”— Presentation transcript:
Turkey 2010 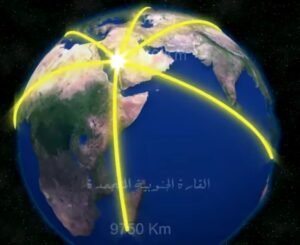 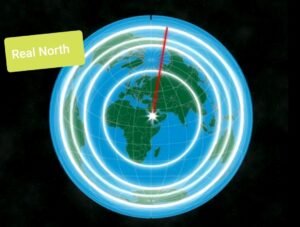 🌺Also, Dr Zaghloul Ennajjar says
As for The latitude and longitude of the globe
Mekkah is in the center. On its left are 11 and on its right are 11    🕋
THEREFORE, Greenwich main Time is so wrong
Because the magnetic declination in Greenwich of Britain is 23* While in Mekkah is 0*
Thus, Dr Hussin Kamal Deen said if the world applies Mekkah Main Time MMT then organisation would prevail in time and no problems would face students when studying maps 😊👊
●👇🏻♦️Reference:
https://youtu.be/1jg8ikx_W2s 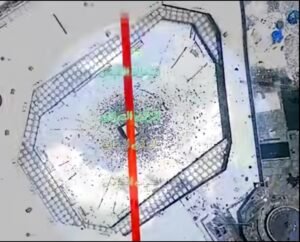 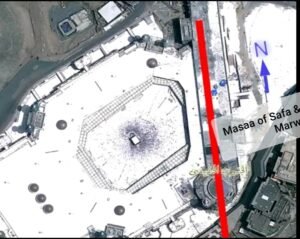 And so, this means Mekkah is the centre of the world in terms of both time and location 🌺🕋
Ref:
اثبات توسط مكة المكرمة لليابسة
دراسة باستخدام القياسات وصور الأقمار الصناعية
من أبحاث المؤتمر العالمي العاشر للإعجاز العلمي في القرآن والسنة بتركيا 1432هـ – 2011م
أ.د/ يحيى حسن وزيرى
🌺Geologists historians and Interpreters say
Makkah is the centre of the world
After Dr Hussin Kamal Din proved it theoretically
The Muslim scholar Muslim Shaltot proved with modern devices that Makkah is in the centre of the globe
●Book: The Affirmation of Makkah as the Centre of Earth. Page 82 by Yahya Al Waziri 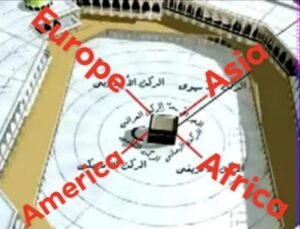 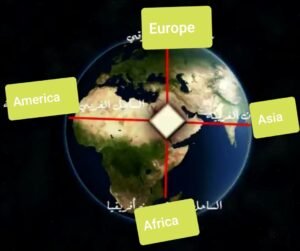 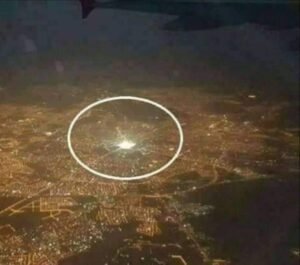 ————
Yahya Al Al Waziri too affirmed it as he is an specialist engineer
The Astronaut Sergey Ryazanskiy
Said:
The city is unusual in every way. This city is the shrine of Muslims, and non-Muslims are strictly prohibited from entering Mecca. This is carefully monitored, I heard that there are even warning signs. And also pay attention to the interesting architecture of the city, it seems to me that it is 🌺😇👉🏼 impossible to confuse it with any other, even from space. Beautiful both at night and in the day
See picture below from his Instagram:
https://www.arabnews.com/node/1157381/media
In the following video 👇🏻
Dr Abd El Baset Assayid clarifies that Neil Armstrong proved a radiation comes out from Mekka to reach the heavens
https://youtu.be/wpVYnGSEvd0
Not to forget that 🕋Kaaba’s four corners show the real North and South
Plus
The Masaa and Tawaf Circumambulances between Safa and Marwa path show exactly the real North and South
In This Ayah we discover how Allah is Just
He put Kaaba in the middle to help everyone travel the least amount of distance
(22:27) And proclaim to mankind the Hajj (pilgrimage). They will come to you on foot and on every lean camel, they will come from every deep and distant (wide) mountain highway (to perform Hajj).
👆🏼
This Ayah clearly reveals Earth is round or oval and not flat because everyone will come from a deep distant place..like ascension from a well
👉🏼See below in the pics the Kaaba on top and people have to come from beneath the globe to reach it
See in Arabic Dr Wazeri confirms this fact
https://youtu.be/y3T_JeWMi9A
Also Bible then is wrong in Ezekiel 5:5
to say Jerusalem is the centre of the world.
Yahia Wazeri Looked at Mekka using google Earth circle and Jerusalem circle to know how different they are.👊
Ezekiel 5:5 New International Version (NIV)
5 “This is what the Sovereign Lord says: This is Jerusalem, which I have set in the center of the nations, with countries.
▪︎▪︎▪︎ 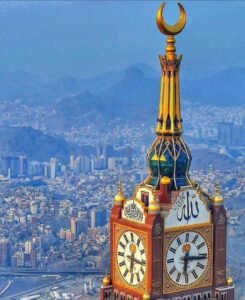 13,360 thoughts on “Scientifically Mekkah is in the centre of the World”