­UFC 254: Khabib is classified the world’s most watched ever on socmed! And the best wrestler and pound to pound N1 fighter in lightweight champion MMA championship 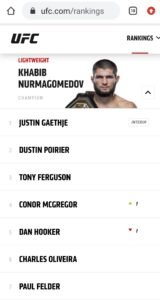 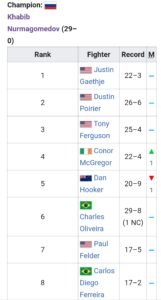 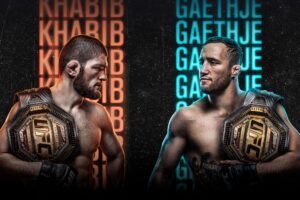 The Way to MMA 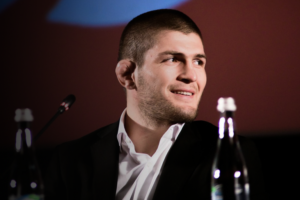 Born and brought up Dagestan, the Russian is arguably the greatest wrestler MMA has ever seen. With a clear record of 28-0-0, Khabib has been wrestling since he was a child, and has been trained by his father and coach the late Abdulmanaap Nurmagomedov. He joined the UFC in 2012 and has since defeated and dominated fighters like Conor McGregor, Dustin Poirier, and Al Iaquinta. His strategy going into the octagon is very clear – to take the opponent down and drag him to the fence, and maul him. He has been very successful in pulling this off up until now, but on occasions, we’ve also seen glimpses of his striking abilities. 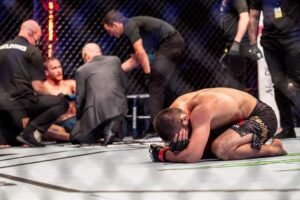 In a recent interview, when the champ was asked the question of who he finds more dangerous between Justin Gaethje, Conor McGregor, and Tony Ferguson, the champ said Justin Gaethje was way more dangerous than Conor and refused to acknowledge Conor as a potential threat to his belt anytime in the near future. He also mentioned that he thinks Tony Ferguson’s time has passed, and that he is no longer a threat.

Khabib Nurmagomedov chokes out Justin Gaethje in the second round

The biggest fight of the year is here! At UFC 254 the current reigning defending UFC lightweight champion Khabib Nurmagomedov will look to defend his title against the interim champion Justin Gaethje.
Both the fighters present unique challenges in from of each other. Khabib Nurmagomeov is one of the most dominant champions in the game and he will be facing the most violent fighter in the most violent sports that is Gaethje. ‘Styles make matchups’ and this is an intriguing fight as both of these fighters have different fighting approaches. 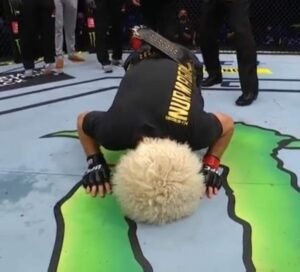 In the Co-main event, Former UFC middleweight champion Robert Whittaker will make a quick turn around and fight Jared Cannonier at UFC 254. The winner of the fight will probably be the No.1 contender to fight for the title and will fight UFC middleweight champion Israel Adesanya shortly.
Yet  is an animal on the mat. Undefeated in 28 professional fights and UFC Lightweight champion of the world, the Dagestani “Eagle” has utterly dominated world-class fighters with ease thanks to the strength of his wrestling and Sambo. When matched up with a high school wrestler — even the top-ranked 152-pound wrestler in the country, Chase Saldate — well, the results were a bit predictable.
Unfortunately he surprises the world fans by announcing his retirement. Yet, it is a wish of his mother after fulfilling his father’s dream! 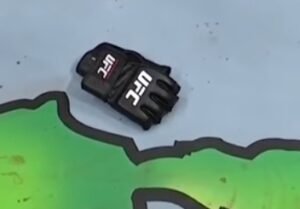 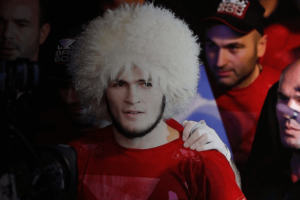 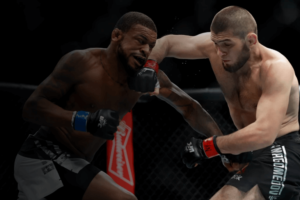 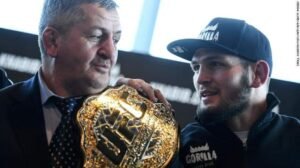 942 thoughts on “Khabib is classified the world’s most watched ever on socmed! And the best wrestler and pound to pound N1 fighter in lightweight champion MMA championship ”