Skip to content
⚠Shia and Christians are similar
Indeed, Christians and
🔹Christians take their priests as gods other than Allah.
➡Shia also take their Imams as gods other than Allah.
🔹Christians take Jesus as a son of Allah then they describe his death on the cross as he is a week man who can’t do anything to support his faith.
They made him a target to every kind of accusations, mocks, and humiliations.
🔹Shia on the other side give Ali a higher position than the prophet Muhammad and claim that Islam wouldn’t spread and unbelieving wouldn’t be defeated without Ali.
However, the claim that he was too weak to defence Islam after the death of the prophet Muhammad and he had to accept all kinds of accusations and humiliations against himself and against Ahlu-Bayt with no attempt to stop that.
——–________———
🚫KHOMEINI
👉Khomeini the father of modern Shia says:
“our Imams occupy a praised station which is accessible by neither a close angel nor a sent prophet”
[the Islamic Government by El Khomeini]
🔹He also says;
All prophets came for the purpose of laying down the foundation of justice in the world, but they failed to do so; even Prophet Muhammad, the last of the Prophets who came to reform mankind and to apply justice failed too. The person who will succeed in all this and in laying down the foundation of justice in the world at all levels, and redressing the wrong is the expected Mahdi.
🏴PUBLISHED AND DISTRIBUTED BY: Ansar of Imam Ali (May Allah be pleased with him) Association
——______——-
🚫😑Shia claim Quran  is corrupted
✔While Allah says (15:9) Verily We: It is We Who have sent down the Dhikr (i.e. the Quran) and surely, We will guard it (from corruption)
☡🔴Yet, Shia say Surah Al-Inshirah (Chapter 94) should contain a verse that says “And we made ‘Ali your in-law” (Al-Kafi p.289)
🚫Also Shia say something very absurd and kufr 👇
🔹The Quran has been purposely altered by the drunkard Caliphs {Abu-Bakr (r.a), Umar (r.a) and Usman (r.a)}; The present Quran is false; It’s the duty of Imam Mehdi (Shia’s 12th Imam) to bring it in its original form; When Imam Mahdi comes, then the Quran will be recited in its original form.
🏴 (Quran Translation by Maqbool Hussain Delhvi, Chap.12
🔹The present Quran is in an altered, corrupted and distorted form..
🏴(Fatuhat-e-Shia, p. 129
🔹The main compilers of Quran altered, corrupted, and distorted the Quran. 🏴(Al-Ehtijaj, p. 257)
🔹Collectors of Quran deleted verses about the virtues of Prophet’s progeny from Surah Al-Ahzab which were about the length of Surah Al-Bakrah.
🏴 (Haq-ul-Yaqeen, p. 66 – Published in Iran)
———-_______———-
🚫Shia curse and insult Sahaba (Prophet’s companions)
🔹The Shia scholar Ghulam Husain Najfi wrote in his book, Fi Jawab: Nikah Umme Kulthoom: “Umar did not believe in the Quran.”
🏴(Page 429) “Umar continued to consume liquor even after it was declared unlawful. The last thing which he consumed before his death was liquor.”
🏴 (Page430) “Umar is the lock of Hell.” (Page 430)
🔹…. the three Khalifs (Abu Bakr, Umar and Uthman) in his (Ali’s) estimation were sinners, liars, treacherous, cheats, oppressors and usurpers… “
🏴 (Tajalliat- e-Sadaqat, p. 206)
_____——–_____——–___
SHIA CURSE SAHABA
✔While prophet Muhammad says
◽”Do not hurt me regarding Aisha.”
🏴(Bukhari-Muslim)
⚠
🔴Yet Shia say
Aisha and Hafsa were hypocrite and infidel women.
🏴 (Hayat-ul-Quloob, Vol. No. 2, p. 900)
🔹Prophet Mohammad’s wife, Hafsa, was an indecent woman.
🏴(Tohfa-e-Hanfia Dar Jawab Tohfa-e-Jaffria, p. 123
🔹When Shia’s Imam Mahdi (the 12th Shia Imam) comes, he will bring Prophet Mohammad’s wife, Aisha, back to life, whip her as a punishment to avenge Prophet Muhammad’s daughter, Fatima.
🏴(Al-Shafi, Vol. 2, p. 108), (Haq-ul-Yaqeen, p. 139 & 347) & (Hayat-ul-Quloob, Vol. 2, p. 901)
——–
↔Not to forget they say awful insults on Abu Bakr and Omar
On their TV and YouTubes still today 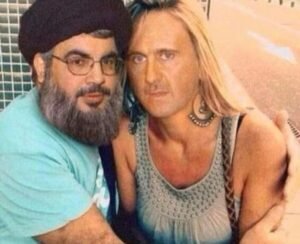 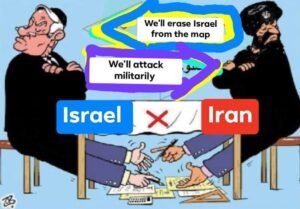 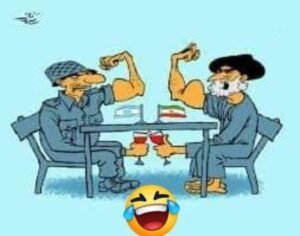